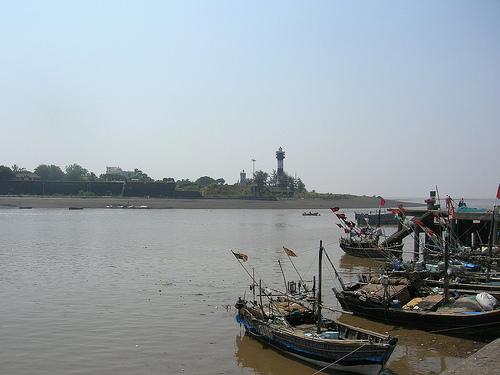 Vapi is a rapidly developing city in the Valsad district of Gujarat. It is also called as Wapi. Located on the banks of the River Damanganga in south Gujarat, the city is surrounded by union territories. Daman lies to the west of Vapi while Dadra and Nagar Haveli fall on the eastern side of the city. It is often regarded as the Gateway of Daman. Other nearby cities are Umbergaon, Sarigam, Sanjan, Pardi, Bhilad and Udavada. Besides being a municipality, the city takes pride in being the largest one in the entire Valsad district. Moreover, it is known for the largest number of small-scale industries in Asia. As a major industrial area, the city of Vapi plays a key role in the economic growth of Gujarat.

In ancient times, the industrial city was basically a simple town. It was inhabited by several different tribes and communities. Historians relate that the major tribes who owned the region were Desai or the Anavil Bramhins.

The city enjoys tropical climate throughout the year. It is neither too hot in summer nor too cold in winter. On the other hand, the winters in Vapi are mild. Perhaps, this is the best time for tourists to visit the city. The monsoon season is full of heavy showers and cyclones. The rainy season commences from the middle of July and lasts till early September. As the city of Vapi is near the Arabian Sea, it experiences heavy rainfall in the monsoon season.

With more than 1500 industries, Vapi is considered as the largest industrial region of Gujarat state. The eastern part of Vapi is the main industrial belt. Many small-scale industries are found in this region. Approximately 70% of these industries are chemical ones that deal primarily with chemical distillation, production of dyes, paints, pesticides and other dye intermediaries. Apart from these chemical plants, the other industries seen in Vapi are the paper industries, packaging, rubber industries and textile industries. The CETP or the Common Effluent Treatment Plant is one of the biggest effluent treatment plants in India. The proximity to big cities like Surat and Mumbai has facilitated rapid industrial growth in the past recent years.

Vapi is not only renowned for its industrial township but also for its several tourist destinations. The most charming attractions of the city are the Daman Ganga River Banks and the Daman Beaches. These exotic locations are flooded with tourists throughout the year. The GIDC Garden or the Gujarat Industrial Development Corporation Garden is the best jogger’s park in Vapi. Other than the parks and gardens, various sacred shrines are also found here. Some of the prominent ones are the Jain Temple, Sai Ram Temple, Shri Rudreshwar Mahadev Temple, Shiv Temple, Chaneshwar Temple and the Mahalakshmi Temple.